All the same power, features and functions as an SD8, but in a smaller 25-fader frame size 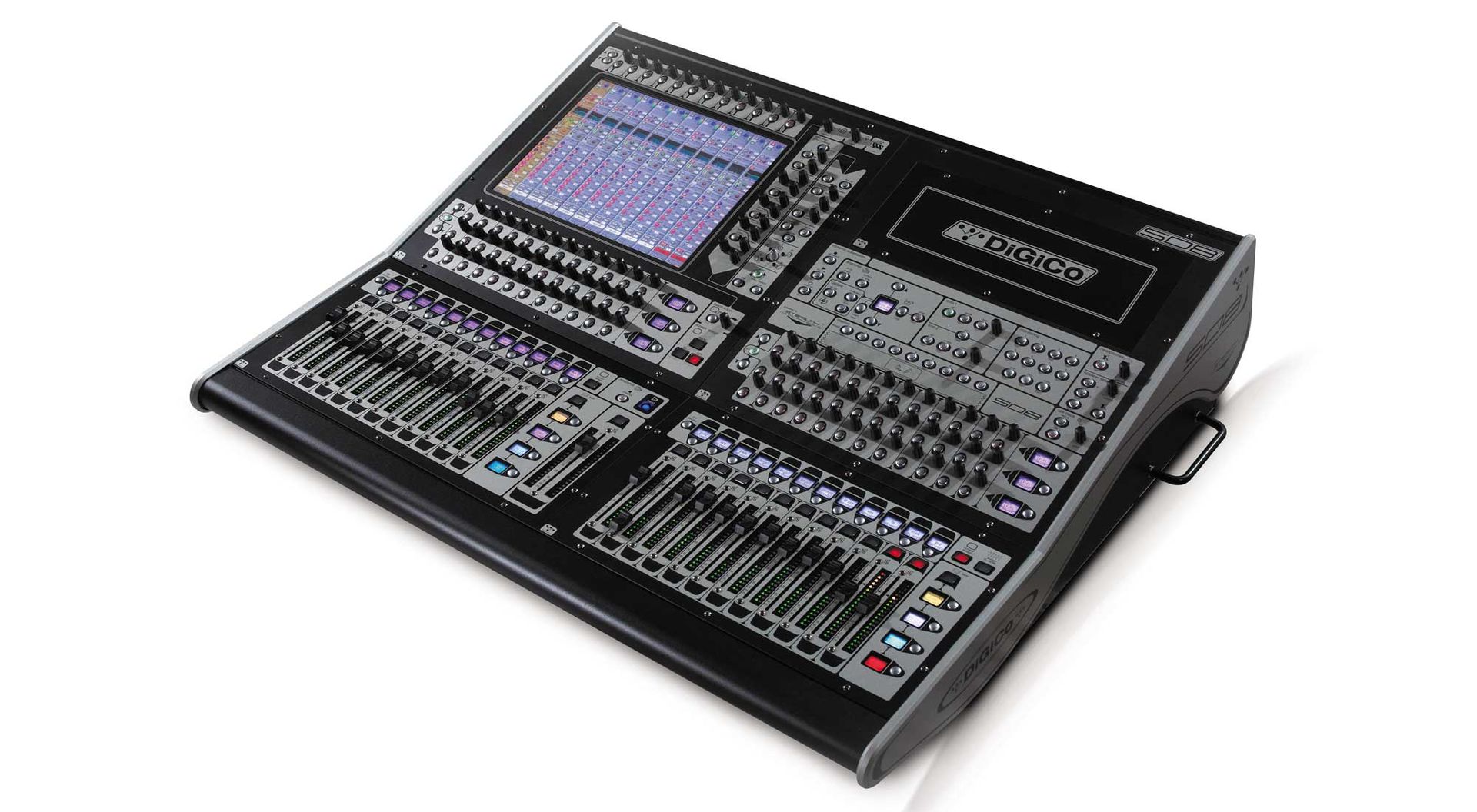 The SD8-24 is a particularly versatile console with the same Stealth Digital Processing and floating point Super FPGA technology seen in the flagship SD7. It offers a truly superlative performance at a competitive price and comes in an even smaller footprint than the SD8, something which will appeal to engineers across the board.

The SD8-24 has all the same power and functionality as the 37-fader SD8, but in a smaller frame, comprising 24 main channel faders and a master fader.

At the heart of the console's worksurface is a 15-inch, high resolution TFT LCD touch screen with backlit display. Through this user-friendly interface, any bank of 12 faders can be instantly assigned as input or output channels, allowing all 24 main faders to control inputs if desired; equally, any bank of 12 can also be assigned to the touch screen for fine-tuning.

In addition, the SD8-24 benefits from dedicated multi-function control knobs and electronic labelling.

What's under the hood?

Like the SD8, the SD8-24 boasts 60 processing channels at 48kHz/96kHz, all of which are Flexi Channels (configurable as either mono or stereo), which is the equivalent of 120 channels of full DSP processing.

The console also benefits from 10 Dynamic EQ processors, all of which can be assigned to any of the input or output channels. These powerful processors offer dynamic processing on each of the four standard parametric bands, plus there are also10 Multiband Compressors and 10 DiGiTubes; and no matter how the console is set up, the user won't lose any resources, as all the channels are equipped to provide the same high quality signal path and feature set.

The master section incorporates 24 gangable 32-band graphic EQs, 12 stereo effects (selectable from a palette of 33), and 12 control groups (VCAs); and using snapshots, engineers can now switch between complete configurations in any live environment easier than ever before, be it at rehearsals, during system setup, or even at a show.

In addition, we've included 24 Flexi busses, all of which are assignable as mono/stereo groups or auxiliary busses; and in addition to these busses, for further configurability, we've provided a 16 x 12 output matrix, dual solo busses, and a Master buss. Essentially, users have the equivalent of 67 busses of DSP at their disposal.

Unlike all other digital console manufacturers, you don't lose Aux or Group Busses when using the Matrix as they are in addition, including the Master buss.

The console comes as standard with a MaDiRack which is an 8U fixed 48 input with eight analogue outputs, with the ability to increase these outputs to 24 with any combination of analogue AES/EBU or Aviom.

As with all DiGiCo consoles, it can also connect to an SD-Rack, an SD-Mini, and SD-Nano Rack.

There is also a factory fit Optocore option which allows for connectivity to all DiGiCo racks and consoles in a redundant loop.

In addition, there is an optional DiGiCo SoundGrid module which, when linked to an external PC server such as SoundGrid or DiGiGrid, provides the user with instant access to 16 fully integrated low-latency Waves stereo Multi Racks, each with the ability to have up to eight plugins per rack.  That's 64 I/O - and as you'd expect from DiGiCo, this is all additional I/O.