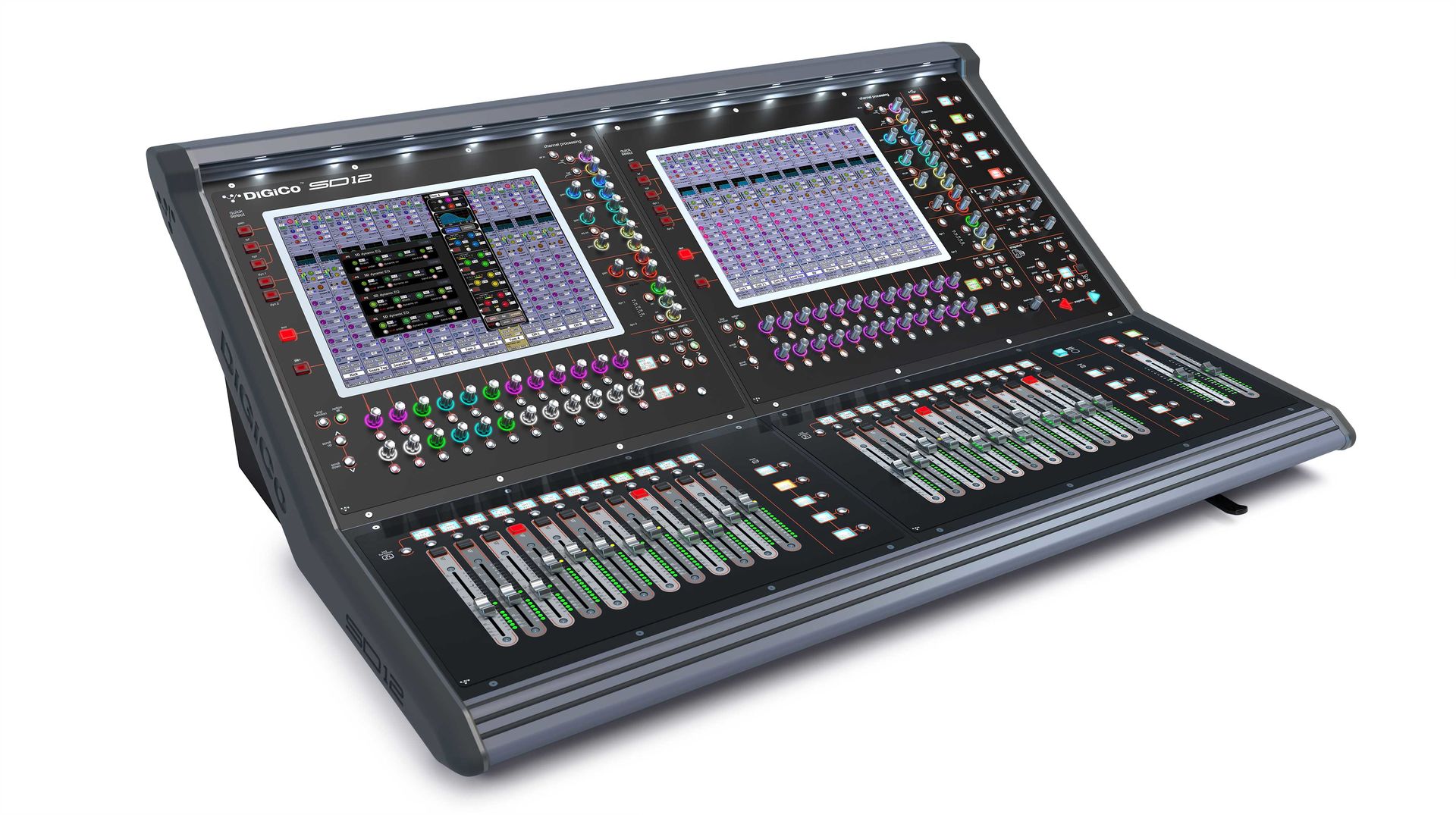 In 2015, DiGiCo launched its compact S-Series, which boasted a modern workflow at an affordable pricepoint; last year, the whole SD Range became much more powerful thanks to the introduction of Core 2 Software across the board; now, in DiGiCo’s 15th year, meet Project Vulcan, the new SD12.

The SD12 is set to raise the bar in terms of what users will now expect from a compact, affordable, multi- application digital console. Not only is SD12 a true sonic powerhouse, it also benefits from dual 15-inch touch screens, never before seen on a console in this price bracket, and is the first in the SD Range with built-in recording interfaces; which makes Virtual Soundchecking very straightforward indeed.

Furthermore, the SD12 now includes a DVI output, for an overview of the console. New LED meters allow for a brighter, faster operation, and the SD12 Lightbar is identical to that of the SD5 and flagship SD7 consoles. And guess what? We even had space for two assignable master faders - only previously seen on the larger DiGiCo consoles - as well as dual DMI Slots, perfect for expandability.